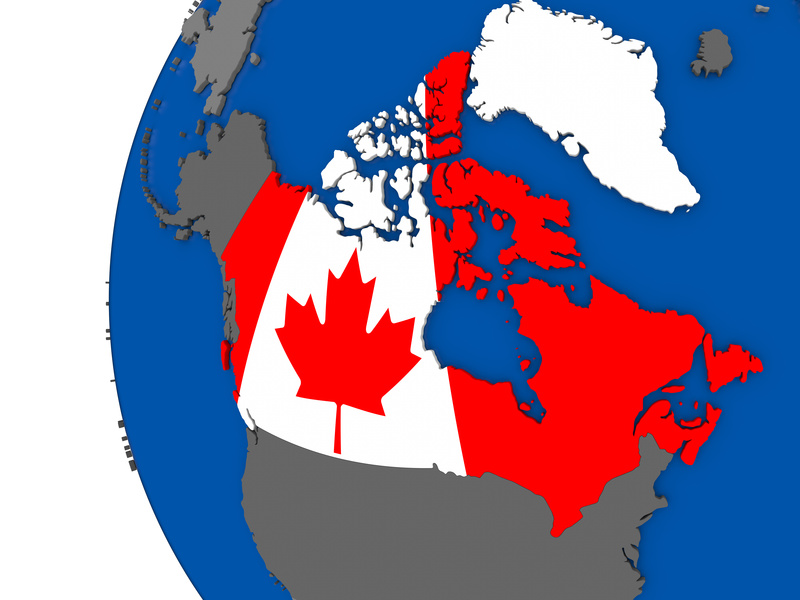 With exception of Russia. Canada is geographically the largest country in the globe. The length of its border with the U.S. is a bit off of 8900 KM, making this border the longest between two countries. To visit Canada, European and Australian nationality are required to have a valid passport.

USEFUL INFORMATION FOR TRAVEL TO CANADA

With exception of Russia. Canada is geographically the largest country in the globe. The length of its border with the U.S. is a bit off of 8900 KM, making this border the longest between two countries. To visit Canada, European and Australian nationality are required to have a valid passport.

For European and Australian nationality is required a valid passport.

In addition to the passport, the state of Canada has implemented the electronic visa (ETA – Electronic Travel Authorization) which is required to all tourists wishing to visit the country for leisure and business.

This is part of an admission procedure already used by several other countries, including the US

Canada has followed the footsteps of the United States and Australia by introducing its system to simplify entry into the country through the ‘Electronic Travel Authorization’ or ETA.

The introduction of this system has arrived in 2015, and is one of the nation’s efforts to limit the entry of illegal immigration.

ETA, as the name suggests, is a document which confirms the right to enter Canada.

However, instead of getting that authorization through the process of ordinary visa, you can simply visit on the ‘Citizenship and Immigration Canada website’ (CIC), and obtain your authorization to enter the country, via the same web platform, in a few hours, sometimes days.

The individual then must print a copy of the ETA and take it in addition to the related documents required for embarkation to travel to Canada.

No vaccinations are required. The quality of medical services is excellent. For foreigners, health care is paid by the patient.

Given the very high costs of health services (also the only ER) it is suggested to subscribe, at the time of booking, supplementary insurance policy that provides coverage for medical expenses.

if you have rented a car in the United States and plan to enter Canada by land, make sure you have the corresponding rental agreement.

There are limits on the import of tobacco and alcohol.

For all pets you must have veterinary certificate attesting that the animal is not suffering from infectious diseases.

The import or export of currency is permitted up to a maximum of CAD (canadian dollars) of 10,000 and, within that limit, you do not have to declare anything.

In Canada there are two official languages, extended by the will of the government throughout the country.

However, English is the first language spoken in almost all the provinces of the center and west, while French is predominant in Quebec and is also widely spoken in some areas of the Atlantic provinces.

The time slots that exist in Canada are six and, from east to west, take the following names:

The currency is the Canadian dollar (CAD) divided into 100 cents.

In Canada, credit cards are the most widely used and comfortable means of payment and are accepted virtually everywhere.

The currency is the Canadian dollar (CAD) divided into 100 cents.

In Canada, credit cards are the most widely used means of payment and comfortable and are accepted virtually everywhere.

L ‘”imprint” of the credit card will be required at check-in to the hotel as guarantee of the extra expenses (minibar, telephone, room service, etc.) as well when renting cars and camper / motor home.

Although not mandatory, the tip is good practice in restaurants, cafes, hotels and

At any advertised price (shops, restaurant menus, rental cars, etc.) remember to add Governmental and local taxes fees, which may vary from province to province (GST).

Police, firefighters and ambulances can be alerted by dialing 112.

You need a standard reducer to obtain two flat plates that can be found even in your country of origin and at the stores of the major international airports or at electronics stores.

In addition to the aircraft, the best way to travel in Canada is definitely by car. It allows maximum autonomy and flexibility especially outside cities. The rental of an RV does the same.

In the city instead, in addition to public services (metro, buses), a good alternative are cabs. Compared to Europe they offers very reasonable prices.

The petrol to be used for cars and campers, is ‘UNLEADED’ although there are two other types of commercially available gasoline: the normal (regular) and super (highest). The price of gas varies depending on the province.

Here below we report you some of the feedbacks received from visitors like you:

What you do NOT liked?

In general, your opinion on the hotel facilities in Canada has a positive sign almost always.

They are generally composed of a Queen size bed.

Locally, at check-in, it is possible to request the addition of a third bed “rollaway bed” for an additional fee that varies according to the hotel category.

The family plan is the possibility that some hotels give to free accommodate children in parents’ room (or with two paying adults), using the bed (the beds) already in place.

In this case the price of the room remains the same regardless of the number of people who live there up to a maximum of four (two adults and two children).

The maximum age accepted to be able to apply the rate to children and teens is specified in the price table of every hotel.

We use cookies to ensure that we give you the best experience on our website. If you continue to use this site we will assume that you are happy with it.Ok