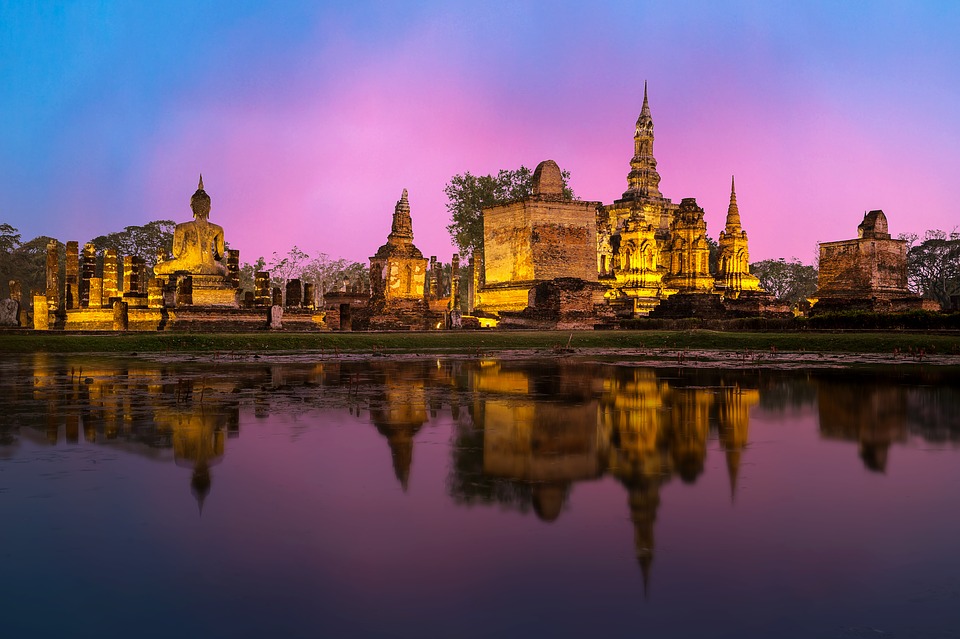 Being a traveler means discovering lands of the unknown, seeking new places, stories, other lives. The Kingdom of Cambodia – is one of those destinations that undoubtedly will give you the best travel experience.

Located in South East Asia and bordered by Thailand to the west, Laos to the north and Vietnam to the east, Cambodia is known for its bewitching beauty, impressive cultural heritage and genuinely complex history. You may read a lot about its corruption, poverty and slow development, but now the country is moving forward in overcoming its past crisis. Cambodia’s tourism industry proves the striving of the country for the progress, welcoming the increasing number of travelers. Despite the hardships that Cambodian people have endured, you will be astonished by their unbreakable spirits, contagious optimism and how friendly and kind they are. It is also notable that the country is often called: The Land of Smiles.

It is a multiparty democratic country under a constitutional monarchy and has a population of 15.9 million inhabitants. Khmer people are the 90% of the total population. The rest are Chinese, Vietnamese, Cham and hill tribe origin.

The official language of the country – is Khmer language, related to Sanskrit and is also spoken in Vietnam and Thailand (in total 16 million speakers). Other languages are Chinese, French and English. French is mostly spoken by people educated before 1975, and English is considered to be the language of tourism, spoken by young people.

Theravada Buddhism is the official religion (since the 13th century). Other religions that are practiced: Christianity, Islam, Hinduism, and Daoism.

Like in many other countries it is essential to respect the local culture and religion, so before you visit religious sites read the tips below:

Cambodia is a former French colony, and you can feel its influence in the capital – Phnom Penh through French colonial architecture. About 10% of the Cambodian population lives in the capital, others have settled down in small towns and villages in rural areas. Primary source of income for the majority is agriculture, fishing and forestry.

Cambodia has diplomatic relations with the United States, the United Kingdom, France and many other countries and is a member of:

You can witness a very joyous and one of the most important festivals in Cambodia – Khmer New Year in the middle of April. Cambodians play traditional games, such as water throwing at passing by people, decorate entrances with flowers and coconut leaves, visit temples, and participate in a royal procession, elephant races, horse races and many other events.

Water festival – is another popular festival in Cambodia, which celebrates the reversal of the river flow and is held on the full moon at the end of October or the beginning of November. The celebration goes on for three days, signifying the end of the rainy season and the coming of the Harvest moon. Boat racing is the leading event of this festival.

Inhabitants of the countryside, who usually don’t visit the capital, come for the King Sihanouk’s Birthday celebration to join all the festivities held in Phnom Penh.

During these and many other celebrations, country transforms into a festive atmosphere, where you can experience Khmer culture at its best.

Cambodian cuisine is often labelled to be like Thai or Vietnamese. They have some things in common as the Khmer empire once covered Thailand and Vietnam. The French influence is also notable. These foreign colonizers brought wine, cheese, pastries, their famous French baguette (nom pang in the Khmer language) and other products to the country. But Cambodian cuisine still has its style, full of contrasts and textures. Its flavors are notably different from the neighboring countries. Spices, roots, herbs, dipping sauces, edible flowers are widely used in every dish. Rice is an essential ingredient of every meal. By the way, this seed is so favorite in the country that Cambodians have a greeting which says:

This proves that agriculture, mainly rice farming, has a strong influence on the social and cultural life of the country, it shapes the personalities.

Freshwater fish is the second essential ingredient, whether fried, boiled, dried or processed. Unlike many local restaurants and markets in Thailand and Vietnam, Cambodians menus are in English language. So you can always know what you eat.

As the street food is very popular among visitors, due to its availability and cheap prices, here are some important tips:

Cambodia is the only country in Southeast Asia where you can get good (not very expensive) French wine. You can taste palm wine and rice wine made in villages. Beer is the most popular beverage. There are two popular domestic beers: Anchor and Angkor. But because it is Cambodia, it is recommended to try a Special Muscle Wine, which is made from deer antlers and precious herbs according to a secret traditional Khmer recipe.

You can have coffee, tea, fresh fruit juices and soft drinks almost everywhere.

Cambodia has a tropical climate. Usually, the weather is warm, but the temperature goes high from February to April to about 40°. The heat remains in May and June when the rainy season brings even more humidity, so it gets really sticky.

There are two seasons in Cambodia:

The best months to plan the trip to Cambodia are December – February when the levels of humidity are low, and the weather is comparatively dry. However, there will be more tourists and logically, much higher prices.

Things to keep in mind:

Cambodia’s Healthcare System Is a Problem

To have unexpected health problems in a foreign land could never be right. Firstly, the language barrier is always an issue; secondly, it can be terrifying if the country you visit doesn’t have a proper medical care; thirdly, traveling without medical insurance can turn your trip into a complete nightmare.

Cambodia is one of those countries that don’t have a good healthcare system at all. The recent political events, wars and country’s instability have stopped the development of it. To get the proper treatment, people have to travel long distances away from their homes to the bigger cities. Another issue about the medical care is that it is not that cheap. You may pay for minor problems out of your pocket, but surgeries, hospitalization and other serious matters can cost you thousands. It has to be matched that regardless of your health condition you won’t receive medical treatment without paying for it in advance.

The medical facilities and equipment usually don’t meet the high international standards that foreigners are used to. However, there are some good private international hospitals in Phnom Penh, offering proper treatment, a translation service, as well as medical evacuation. With the proper medical insurance, you will have easy access to these facilities.

Without insurance, medical evacuation in Cambodia is very expensive. To be airlifted by helicopter can cost you more than $15.000.

Pharmacies are everywhere in Cambodia, but smaller, independent pharmacies can have fake medications. So stick to large pharmacy chains like Pharmacie de la Gare, U-Care. Medications are cheaper than in the Western countries and are sold over the counter, without prescriptions.

As there is a little risk of malaria in some regions, you may have to take an antimalarial drug. Consult with your doctor before you travel to Cambodia, to know if there are any possible side effects of it. Also, do some research on destinations you plan to visit, if they are high-risk areas and you plan to spend a lot of time outdoors, then few other health precautions are recommended.

Still, check with your doctor if you need any other precaution against these diseases:

You should also consider the following:

Keeping in mind the information given above, we hope you will be more prepared for exploring this beautiful country in South East Asia. And good preparation means proper travel medical insurance that will guarantee your well- being. Insured Traveler will take care of you while you are enjoying the mysterious Kingdom of Cambodia.